This was our Composer Competition 2016

The Really Terrible Orchestra (The RTO) is celebrating its 20th year by offering a prize for emerging composers.

The winner will receive a prize of £1000 and will have their composition performed by the RTO. 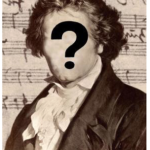 The RTO was formed in Edinburgh for adults who weren’t good enough to play in a serious amateur orchestra. Despite our modest standard we have managed to have lot of fun, and we have created a concert format which audiences enjoy.
Most of our concerts are in Scotland including an annual concert during the Edinburgh Festival Fringe, (usually a sell-out with over 500 people) but we have also performed in major concert halls in London, New York and Utrecht.
We have been fortunate to have a number of pieces written especially for us. These have been works that are challenging for us but still within our limited range, and also accessible to and enjoyable by our audience.
During 2015 we have had particular success with new music from three composers, and this, coupled with wanting to do something special for our anniversary, has prompted us to reach out to emerging composers in Scotland and elsewhere in the UK, in the hope of finding yet more great pieces to perform – and we hope to play a part in encouraging the careers of those who participate.
The winning entry will be announced at our Edinburgh Festival Fringe concert in August 2016, and will either be played then or at a special concert later in the year.

The competition announcement and entry form

You can get the rules, your entry form and a flyer to publicise the competition, by clicking on the images above.

Potential entrants may have received this already through their educational institution or through teachers or other contacts. The important thing here is to know that this is for people who have not really had their work much in the public eye (or rather ear!) so far. The document tells you more.

The Entry Form above should be a useful guide to register your interest in entering the competition.

Please fill it in and return it either by email or post to the addresses indicated on the form.

And what about our musical capabilities?

A full list of the usual instrumentation and capabilities of the players is available on request from the RTO by emailing competition@thereallyterribleorchestra.com.
It will be sent within a few days.

While we play music with full orchestral parts, we are strong (at least in numbers!) in certain sections like percussion and clarinets, but a bit sparse in others (like violas). We have up to 7 or 8 in each of the first and second violins and 4 or 5 cellos and two double basses but this is not full strength for a symphony orchestra and they can thus get drowned out by the brass. So composers need to bear things like this in mind. As a rule, we tend to have two of each instrument in wind and brass, occasionally more.

And then you need to understand something of the skill levels of the players. We have tried to give an indication in the list, but it might be worth explaining that our players are drawn from several different musical backgrounds. Some have played earlier in life (at school for example) and have rekindled their interest after many years of deteriorating skill. Others are competent musicians already but have joined so that they can play a new instrument in a “safe” environment. And some may have just taken up music for the first time as a hobby. There are a few accomplished players scatted amongst the sections. For example in each of the violin and cello sections there is usually one or two players who can bring the others along – most of the time! We also occasionally have competent guest players for the concerts who can strengthen the musicality somewhat

Here are a few examples of the scores of the composed music that we have played recently. Click on the music icons below.

You can also get an idea of the music we have tackled by looking at the programmes for some of our past concerts.

There are also some AUDIOS and VIDEOS (coming soon)  of the RTO performing. This also gives you an idea of what to expect.

We’ve been asked if there is a limit to the number of entries that an individual can make. We have decided that entrants can only submit one composition for the competition.

Would entrants please note that in order for the judges to assess the music purely on the criteria defined in the rules, can there be no indication of the entrant’s identity on the score or audio, this will be captured in the entry form.  So no composer name on the score, please!

Entrants are reminded to read the rules carefully and be confident that they qualify as an EMERGINGcomposer. Entrants may be disqualified if they are deemed to have had more music performed or published than meets the entry criteria. If in doubt, ask!
There have been a few enquiries about specific instruments which may not have been clear or may not even have been on the capabilities list. If there is an instrument that may be important to your music that doesn’t appear on the list, again just ask! If it is within reason we will try to accommodate. Whilst many of us are musically challenged, some like a challenge. As an example, a player who usually plays alto saxophone may be happy to try a soprano sax if it is important to your music. Also we have played with instruments not normally associated with “normal” orchestras – like African drums, bagpipes, musical saws etc. Ask and we’ll tell you if an instrument is feasible.
Send an email to the competition address, competition@thereallyterribleorchestra.com

The £1,000 winner was Edwin Sung, with the Celtic A Wee Big Irish Scottish Jig. Choosing a runner-up from some fantastic compositions was impossible, so we had 4. See here for details.
We have 5 terrific pieces of music to rehearse and play in a special concert next Spring. Watch the website for details.

The Really Terrible Orchestra will be returning to play at the Fringe Festival on Saturday 15th August 2015. Tickets will be available from an orchestra member or edinburgh fringe box office shortly.

Programme will include newly commissioned music, Challenging pieces by Greig, Beethoven, and Rossini.

Alexander McCall Smith in conversation during our debut concert at Glasgow's City Hall on 13 October 2012.

You can find more images about this unique event here
Photography: ©Alex Hewitt.

Five-star the RTO continues to lead the revolution for the musically disadvantaged with its unique musical interpretations. A triumph that proves bad is good. With its blend of humour, musicality and lack of technical prowess, the players surge through a lively programme taking the audience with them, creating a wave of excitement and hope that nothing will go wrong. The RTO never disappoints. 'These musicians who are dreadful are always a hot ticket. How can that be?' (ABC News) MORE

Click on the image to view the Glasgow Gallery.